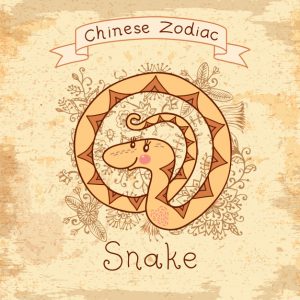 Snakes have always been the seducers of human beings. If you know the story of “The White Snake”, you will understand what I mean. In reality, Snake people are born charming and popular. Snakes are spotlight magnets, and they will not be ignored. Peer group attention and public recognition are the least of what he expects. Yet Snakes are never noisy or deliberately outspoken, and they have excellent manners.

Unlike the Snake who seduced Eve in to sin. the astrological Snake is not a devil, not even a little demon. The Snake is a nice oversexed normal human being. Determined to follow through anything he undertakes to the bitter end, the Snake detests being left in the air. He makes his decisions quickly and firmly.

Most people are secretly or hopelessly in love with Snakes. Gather those frustrated folk you know and most likely, they are probably in love with a Snake. Irresistible as they seem, the Snake never wastes time in idle gossip. He thinks often and deeply. He is an intellectual, a philosopher, a cerebral person. Snake people rely heavily on first impressions, on their own feelings, on their sympathies, rather than on facts, on the advice and opinions on others. He seems to have a kind of sixth sense in this way.
Snakes are a bit tight when it comes to lending money, though his sympathy for others often leads him to offer help. The fatal flaw in his character is, in fact, a tendency to exaggerate – in helping friends as with everything else. If he does somebody a favor, he becomes possessive towards him in an odd way.

Another big flaw in a Snake’s character is that they are capable of biggie lies. White lies, true lies, whatever they call them, though they don’t lie often, they do lie when they feel they can get away from it.

In money matters, the Snake has good luck: he doesn’t have to worry – he’ll always be able to lay his hand on money when he needs it. Generally, Snakes are careful but generous with friends and family. The Snake should stick to careers that won’t involve him in any risk – even the risk of working too hard, to tell the truth, the Snake is a bit lazy.

In love, the Snake male is romantic and charming. He has a sense of humor and the female is usually beautiful and successful. but if a Snake chooses a partner, he’ll be jealous and possessive – even if he no longer loves her. Rejection is the worst blow his delicate ego can suffer. The Snake must be received, welcomed, accepted and approved by those with whom he comes in contact. They need a lot of security. 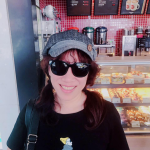 Sabrina has a passion for all things creative, fun and challenging. An avid tennis player/Federer fan & animal lover, she published her English book "Chinese Astrology" and 6 more books including Life in New York City and digital media.